Entertainment businessman and former Ogun State Commissioner for Information, Otunba Dayo Adeneye had a great time with his family at the 50th birthday celebration of his wife, Caroline Adeneye over the weekend.

Dayo and his wife are one of the celebrity couples that do not shy away from publicly display affection towards each other.

He calls her “his BFF and the one woman that he completes him”. That is not all, he also calls her his soul mate and his sweetim’.

In attendance at the party was the Mrs Amosun, wife of former Governor of the State 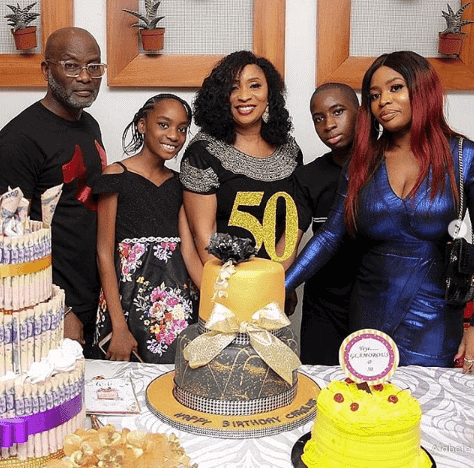 Dayo got married to Caroline almost 19 years ago after his first wife abandoned him when he was broke. 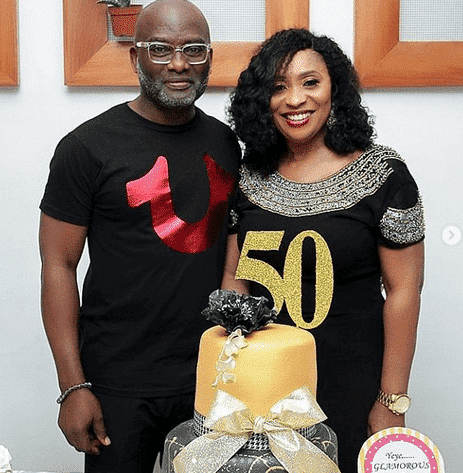 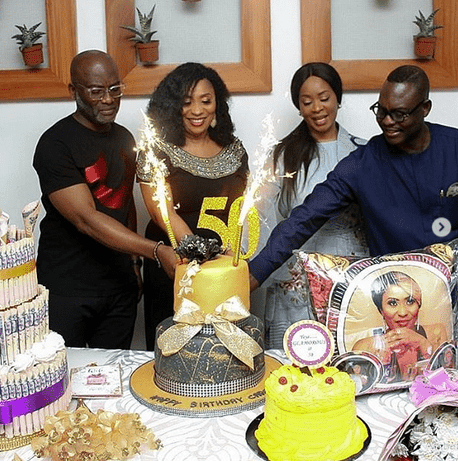 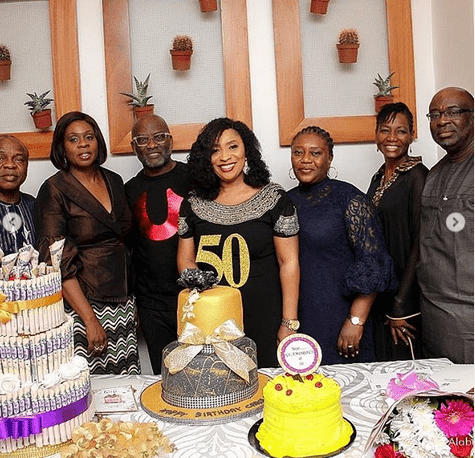 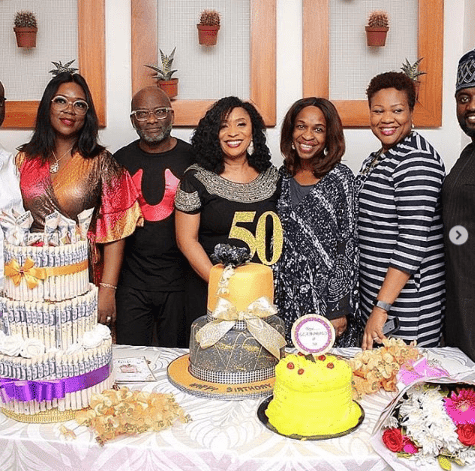 “One day I woke up and realised that my salary is 17,000 a month. The seven years I worked at Ray Power were my happiest moments but I was so broke. I sold all my four cars and was left with 1 car at the end of the day. I even moved from a 3 bedroom to a one bedroom in Ebute Metta. My first wife left me because I was broke. ” he revealed at a seminar.

Join Now
Facebook
Twitter
WhatsApp
Linkedin
Email
Telegram
Tumblr
Pinterest
Previous articleHoly Water & Holy Oil-What Has That Got To Do With My Marriage?
Next articleMarried At 17,Abused For 9 Years,I Want A Divorce:Please Advise Me

Also Read >>  Broken but working on it
The guy was cute, neat and in his final year. I too had a crush on him but he kind of got entangled with Cindy after the birthday photo shoot.
Read more
Relationships

On this special day, our prayer on your birthday is for you to be forever happy and that you follow God's will for your life.
Read more
Marriage

My Marriage Lacks S*x And Intimacy : Please Advise Me!

1
I always complain about this to the extend of complaining to his mother, she told me that her son does do rubbish. Mean while my hubby has a son before I married him.
Read more
Relationships

Although certain generalizations and accepted social norms make it seem as though it's normal, even expected, for men to cheat on their significant others...
Read more
Relationships

Are You With Someone Who Knows How To Pursue You?

This doesn’t mean that the relationship won’t go through rough patches. To assume that pursuit alone will bypass any relational challenges is unrealistic.
Read more
Advice

My Mother Or My Brother-law: Who Is More Important?

2
First,I thought he was joking cos that was just a mean thing to say knowing that my mother was only living with us just to help us.
Read more
Also Read >>  We Are Getting Married Because It Is Too Late To Stop Now
Relationships

Man’s View- The Best Age to Get Married -Single Men Get In Here!

If you get married in your 20s, you’ll have a bigger motive to keep working and advancing in your career. Nothing can inspire you to learn, work hard, and earn money like your family can.
Read more
Relationships

4
Sara is worth that compromise. I will not loose her over a small matter like accommodation. Sara is someone that I know that even if I am living under the bridge she will still marry me.
Read more
Advice

Dear Husbands: Why Is This Wrong For Your Wives To Do This?

1
She explained that she got it because he was always travelling and she did not want to cheat so she got it to use anytime she felt the urge.
Read more

This site uses Akismet to reduce spam. Learn how your comment data is processed.

My Mother-In-Law Humiliated Me & Called My Pain A Test!

Is My Fiance A Liar,A Cheat Or Fraud Or Just An...

My Neighbor and His Wife Seduced My Wife,Now I Am Ashamed.

Lively Stones is a vision borne out of a passion to provide a platform to help couples build a healthy relationship. To help singles develop a God oriented relationship that will be an example to others.
Contact us: Livelystonescares@gmail.com
© 2020 LivelyStones.
Crafted with by Luqman Bello